We Have a Healthcare Crisis in North Carolina. Here’s What’s Going On and What You Can Do to Change It.

Nearly 10 years ago, I laid on a hospital bed in the emergency room worrying about one thing: Would I ever walk again? I had been pushed into a pool at my bachelorette party and sustained a cervical spinal cord injury.  The movement and feeling instantly left my body the moment I hit the bottom. Over the next few months, my fears and my goals would change. I was focusing on independence, but sadly a dark cloud loomed over the process. How was I going to pay for all of this? Would I lose benefits if I married my fiancé?

Sadly, these are the questions that people are forced to ask themselves. I had a catastrophic injury which forced me to understand how important having health insurance was. I got hurt in the years before there were pre-existing protections and before I was allowed to be on my parents’ insurance until 26. I was crazy lucky that at 24, I had landed a full-time job just eight months before my accident. Prior to that job, I was uninsured for two years. But when I lost that job because of my physical function, I also lost insurance. I paid $600 a month for COBRA which had very high deductibles. I was told I did not have enough work experience to be eligible for Social Security disability insurance that automatically makes you qualify for Medicare. I had no idea how I was going to keep this up. 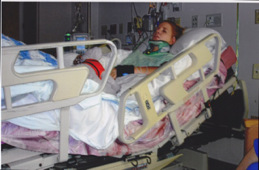 Because of my experience and the experience of so many of my fellow North Carolina friends and family, I have teamed up with Piedmont Rising. They are an issue advocacy organization built by and for North Carolinians to encourage elected officials to defend the citizens of NC, including access to affordable health care. They truly want to share the stories of people in this state who have ever struggled to pay their healthcare costs and I am just one of those voices.

I reached out to my group of friends and family to get their stories.

One friend hasn’t been able to move forward with starting a family with her husband due to crazy healthcare costs. “Luckily for us we’ve been grandfathered into a BCBS plan for years that is around $400 a month with a $10k deductible – the catch is that it does not cover prenatal or labor. So the new “family” policy – which would cover prenatal care and a newborn is $2,500/month premium with a $25K family deductible. That’s $30k just for the premium that year, not including the $25k we may or may not have to pay for labor, NICU, or God knows what else could happen.

That’s a lot of money for ANYONE and is not affordable.  It’s a shame that we have been putting off expanding our family in hopes that rates will change or a solution will arise and frankly I don’t think we can wait much longer.  It’s really sad.”

My brother had a terrible incident as well (apparently we are accident prone). He was target shooting with some friends when the gun backfired into his right eye. He unfortunately was not insured. They decided that week, he would need his eye removed quickly and that If it wasn’t removed, it could get infected. This could cause the other eye to go as well leaving him fully blind. The surgery was $20,000. This happened during open enrollment and he was able to get insurance thanks to the ACA. Without it, he would have had to choose between his home and his eyesight. 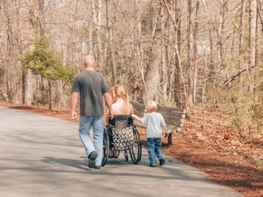 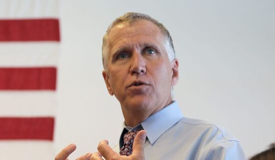 If the affordable care act is repealed, let me hit you with some more hard facts (not alternative facts)

with a pre-existing condition, such as asthma and diabetes, will be left vulnerable.

● 165,931 North Carolina Seniors could have to pay more for prescription drugs.

I think back to my injury and how much I could have saved with the ACA. I think about how if I didn’t have that job, I would have never qualified for insurance because my injury would now be a pre-existing condition. SCI costs about $1,000,000 for the first year and an average of $185,000 every year after. There were people with this injury and no insurance.  This was before the ACA and I know they lost everything. It legit makes me so angry that that was EVER acceptable in America.

Even employee health insurance plans are ridiculously expensive. At about $6,000, North Carolina has the 9th highest annual premium in the USA and 58 million people are also reporting that they couldn’t afford to pay for prescription drugs. Tillis was not on our side as he voted to let big insurance companies raise out-of-pocket prescription drug costs. One in four Americans say they are struggling to pay for medications and one in eight report they or a family member have rationed their prescription drugs. This is an absolute travesty and It is completely unacceptable. 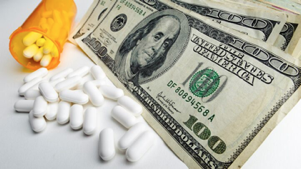 Medicare is in danger as well and my family heavily relies on this. My paper work had been done incorrectly at the hospital and it turns out I did qualify. As a quadriplegic, it gives me the healthcare coverage I need with benefits not covered by basic insurance; like having a caregiver. I take A LOT of medicine as well.  Thom Tillis voted twenty times to repeal, in whole or in part, the Affordable Care Act, when roughly five million Medicare recipients pay significantly less for their prescription drugs because of the ACA. He also voted six times to cut nearly $500 billion from Medicare, which would put seniors and people with disabilities at risk and increase their out-of-pocket costs. I’m mad and you should be too!

And Medicaid? North Carolina shamefully chose not expanded Medicaid. If they did, roughly 634,000 more people would gain Medicaid coverage by 2022. The devastating reality is that 350 likely lost their lives because Medicaid wasn’t expanded. My friend Had this story about a woman she’d hired as her Paralegal. “She and her spouse were without coverage until I hired her.  It was the Wednesday after Mother’s Day, and she got home from work to find her husband dead one week after his second Medicaid denial.” People are literally dying and we need our representatives to hear us out! 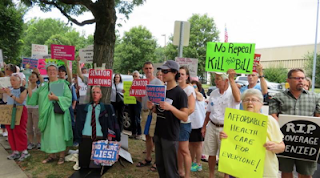 I’ve regularly attended a weekly protest with the group Tuesday’s with Tillis. We peacefully march outside of his office in downtown Raleigh in hopes he will hear our pleas. We sign letters to him, call his office and we encourage others to do the same. Thom Tillis needs to hear your stories and Piedmont Rising is passionate about amplifying the stories of North Carolinians suffering from healthcare costs. No one should have to decide between food and medicine or advanced treatment and rent/mortgage. Healthcare is a right.

This post is sponsored by Piedmont Rising. All opinions and experiences are my own. 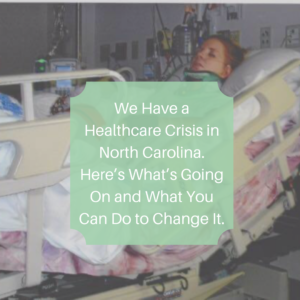 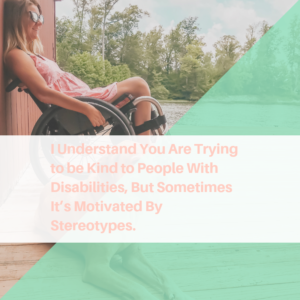 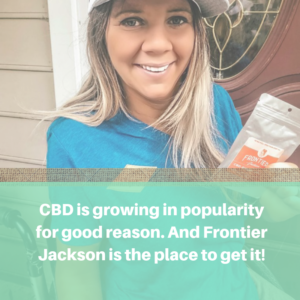 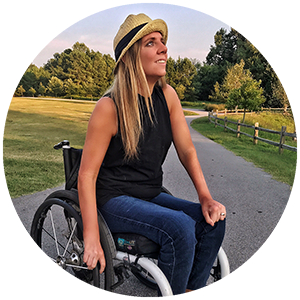 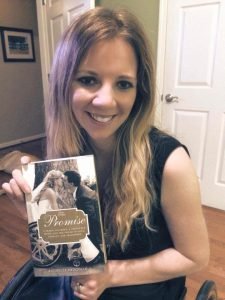